Skip to content
One of the places that I miss on the Gold Coast which I wish I visited more is the beach. The first hotel where we stayed was in Surfers Paradise which is a seaside suburb and a major hub of Gold Coast. Colloquially known as ‘Surfers’, the suburb has many high-rise apartment buildings and a wide surf beach.

Q1 which is the building behind me in the above picture is the tallest skyscraper in Australia. We went to the observation tower at the top of the building on our second day which I will feature on my upcoming post. After a change of clothes, we headed to the beach that was swarmed with people, nevertheless, the kids had a fun time playing and running in the sand. 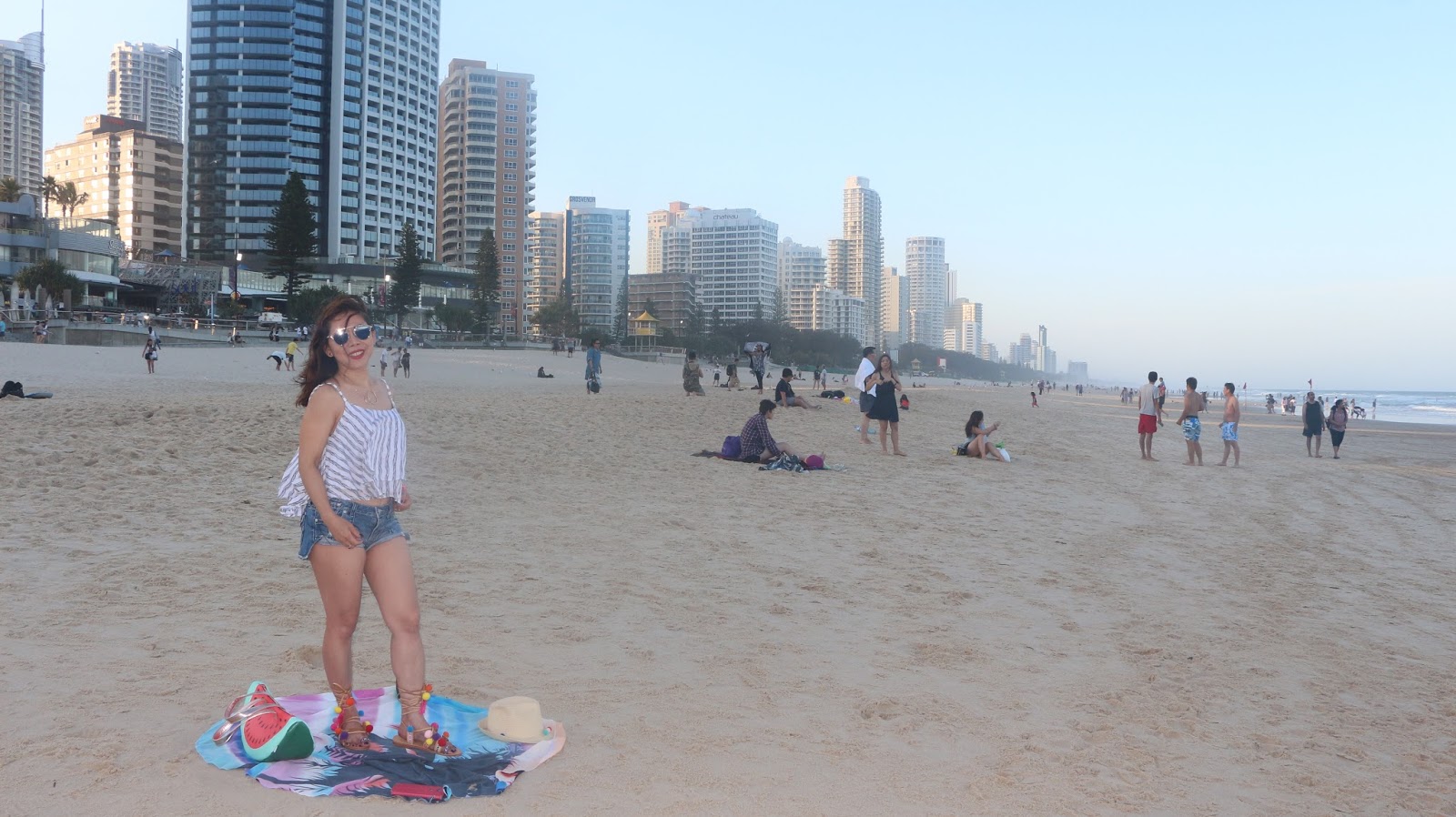 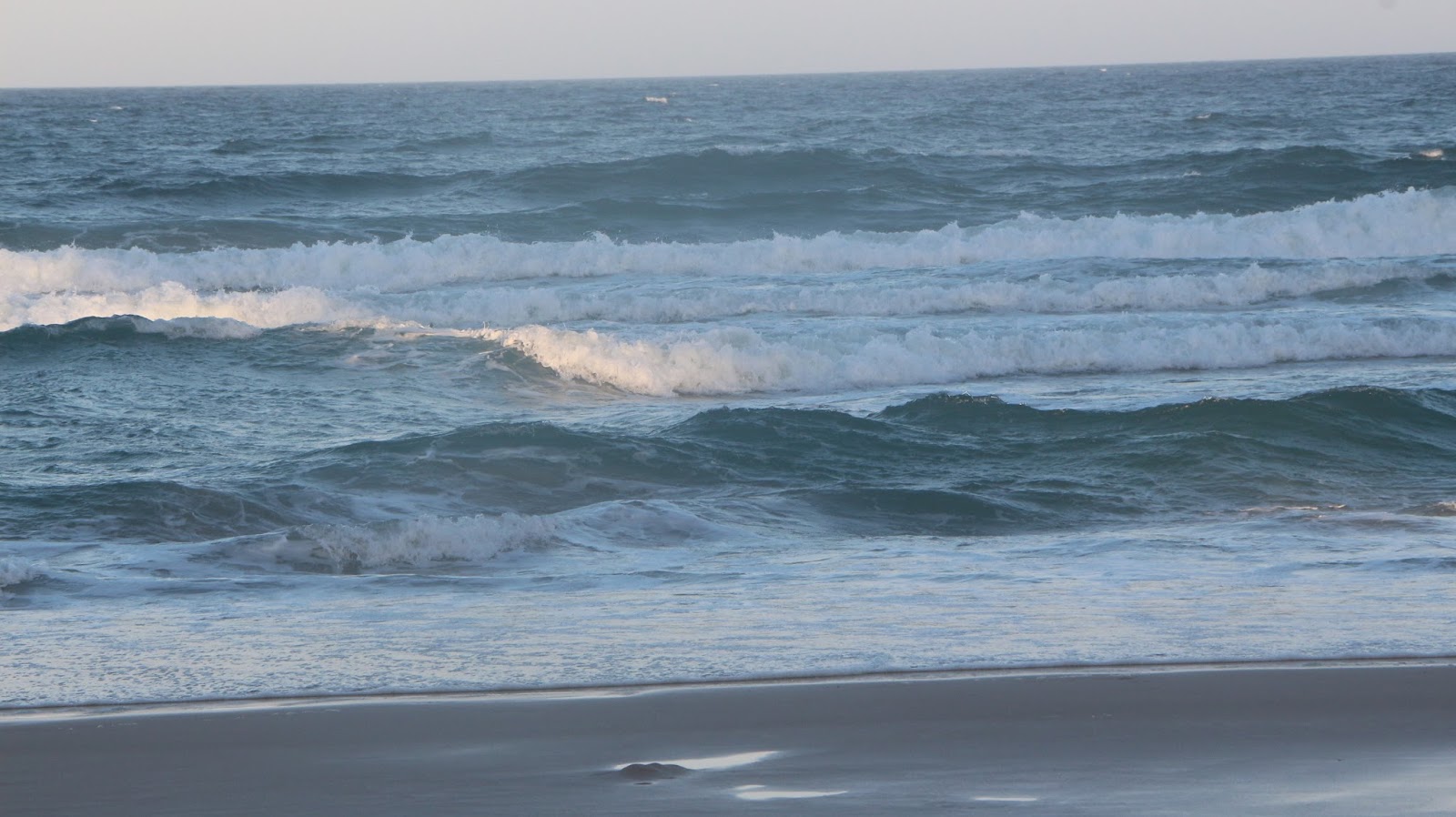 I had a good time posing although I had to bribe my oldest son to take the pictures. I was happy I brought along this double layer sleeveless top and denim shorts. They look summery and most of all comfortable to move in the sand and against the wind. What I was most thankful for were these pretty pom pom sandals from Nastydress which is one of my favourite online shops. Honestly, aren’t these cute and attractive? It sealed the outfit for sure. 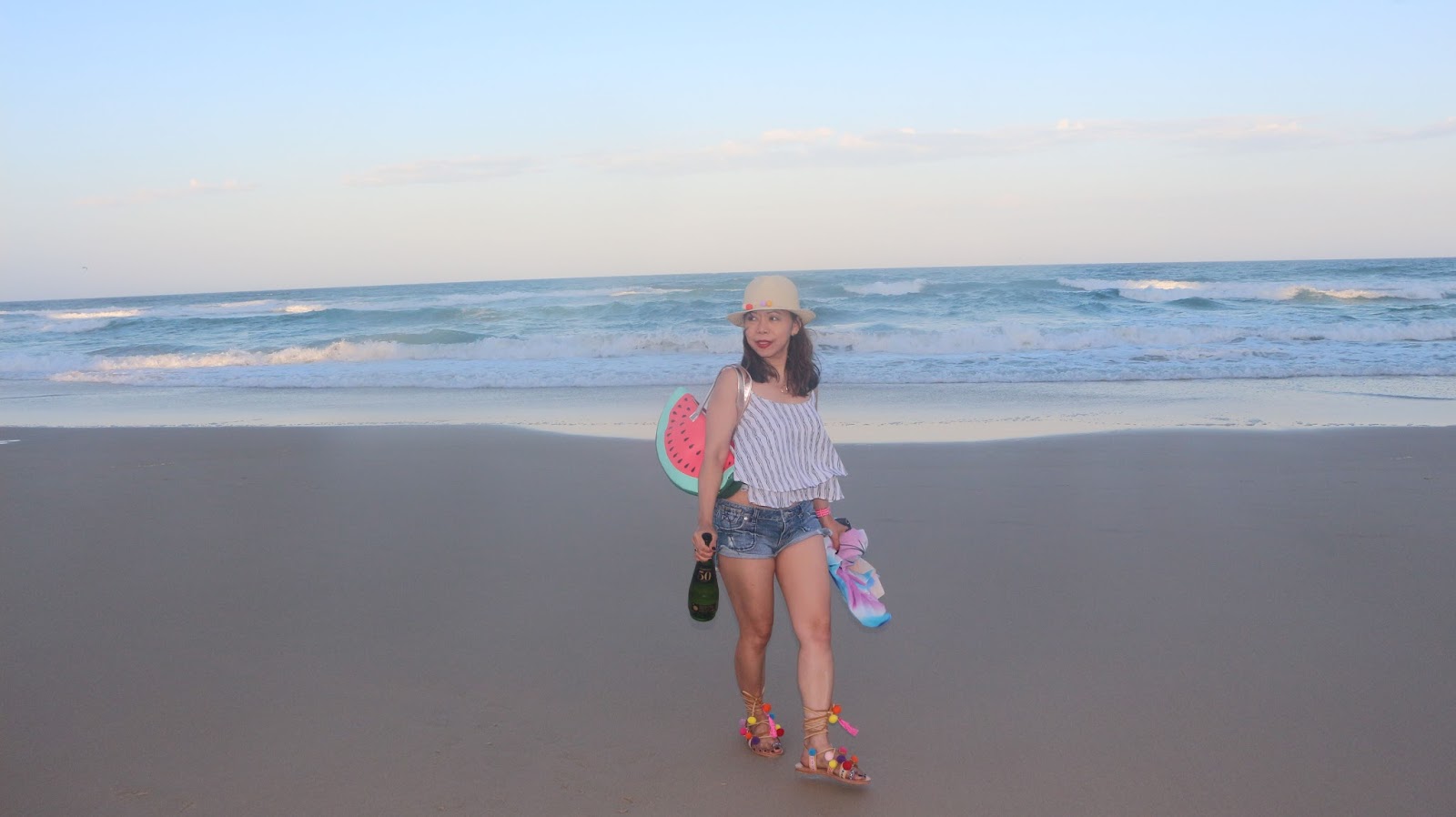 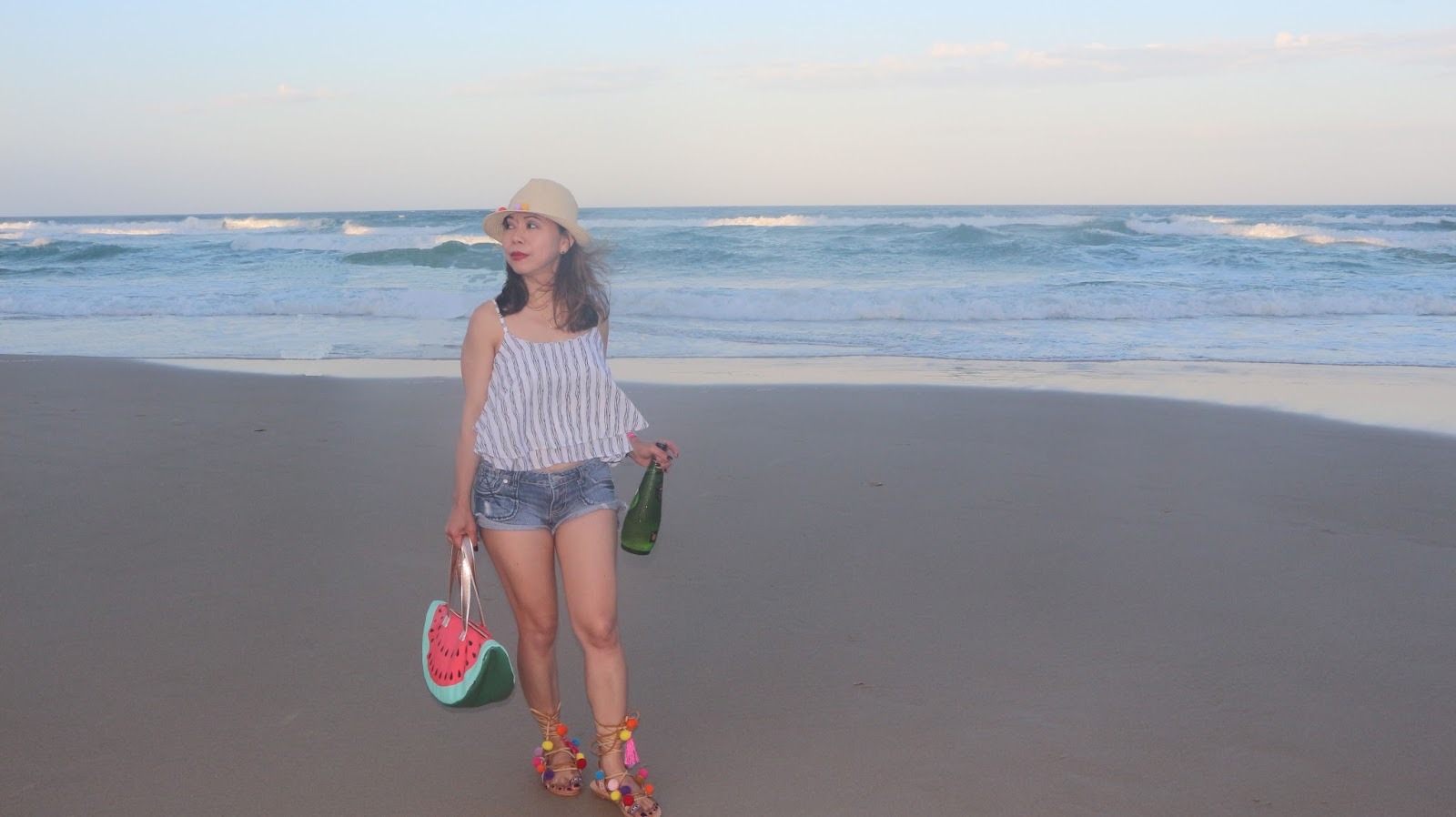 I was lucky I found a matching hat with pom poms from Sportsgirl. One thing worth to mention is the colourful round beach throw also from Nastydress. It is light which is easy to carry and can be used as a picnic mat. I love the fact that it is made of soft fabric that I was just able to throw it in my overloaded luggage without keeping so much space. Talk about convenience 🙂 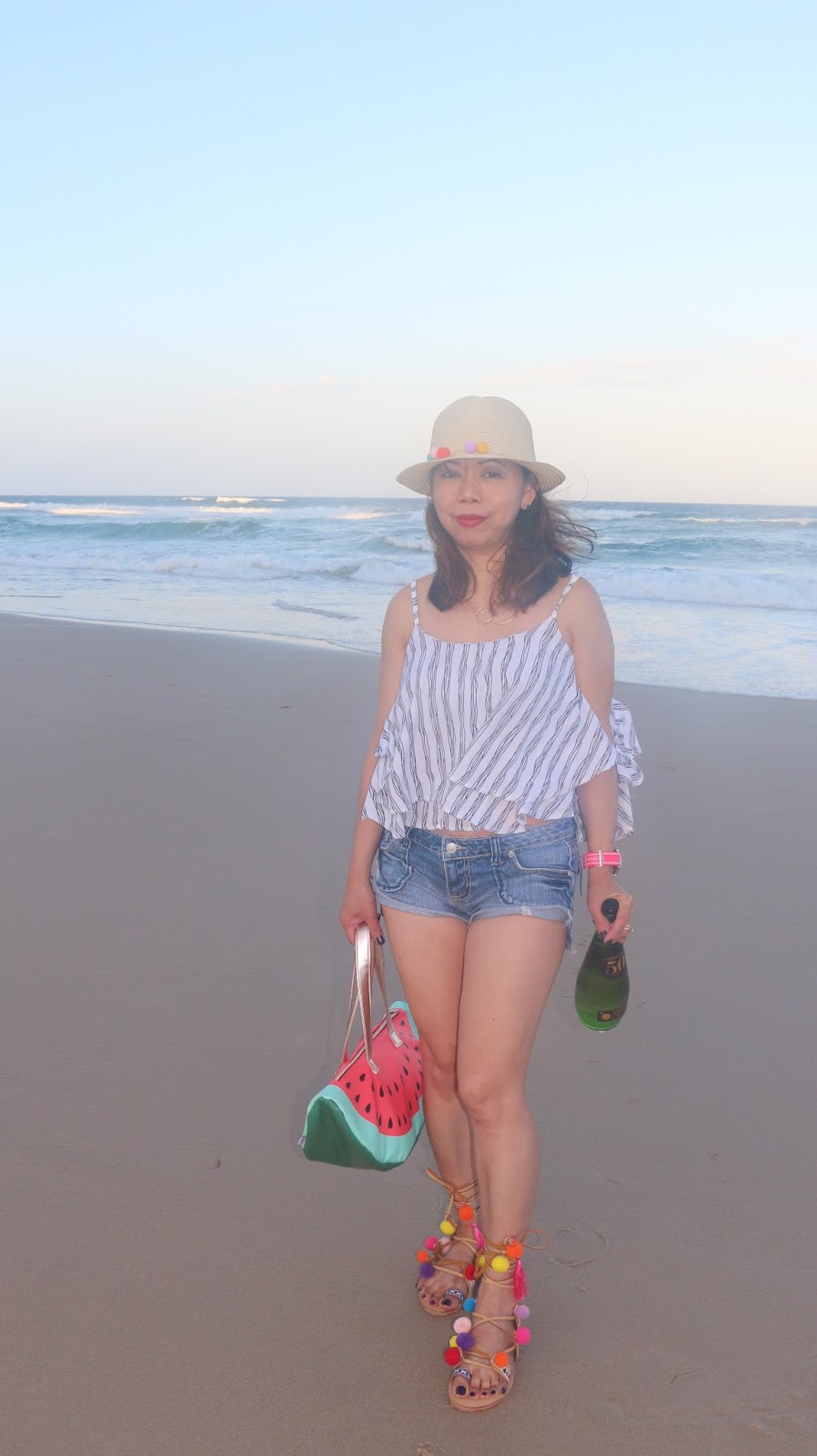 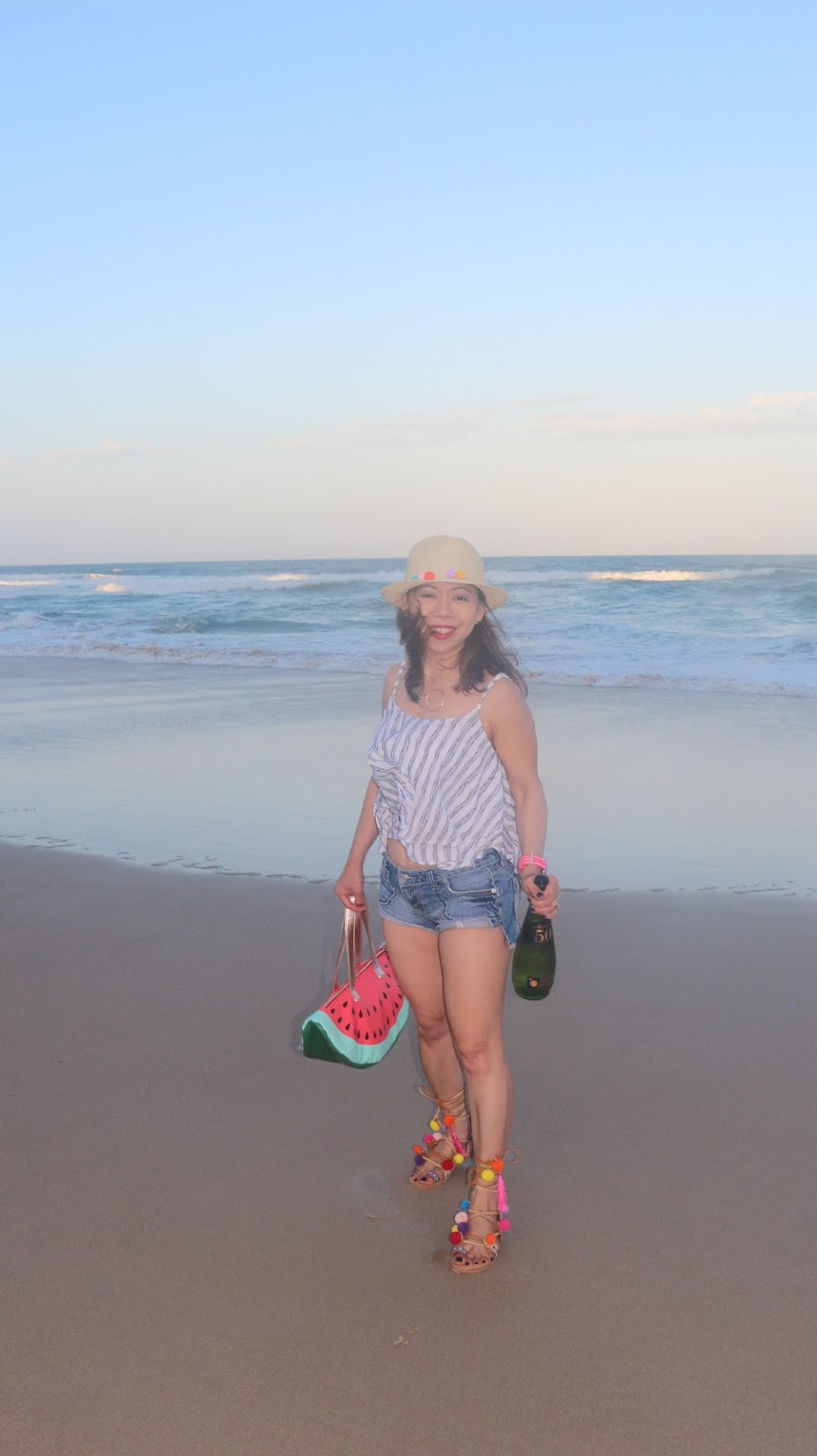 Thank you for reading, ’til next post. You can connect me in Instagram busyandfab to see my fab finds, other outfits and events in between posts.
Outfit Details: Pom pom sandals from Nastydress
Round beach throw from Nastydress
Double layer top similar
Denim shorts similar
Watermelon bag from Sportsgirl (similar)
Pom pom hat from Sportsgirl

Bold Blossoms at the Beach