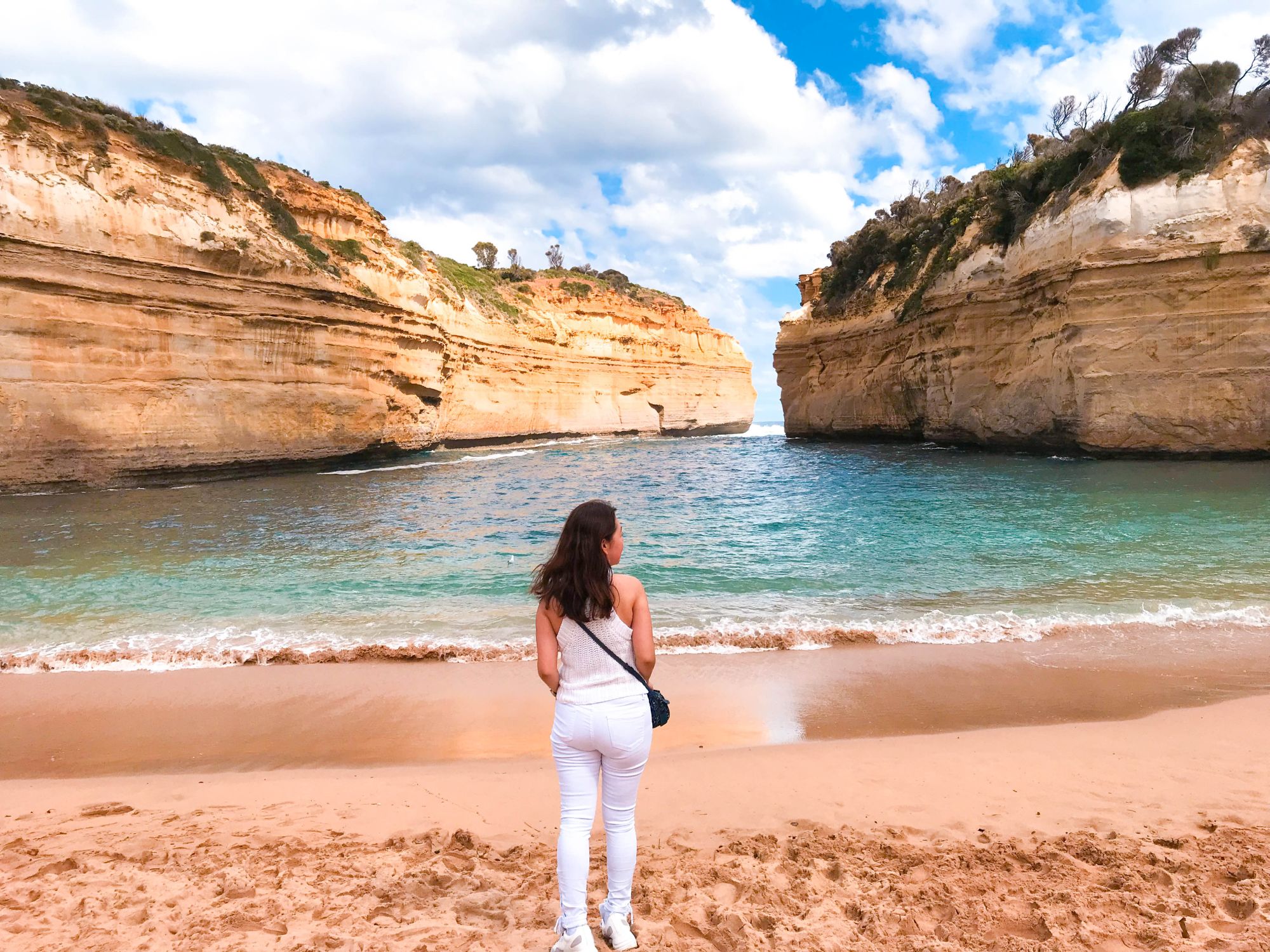 Sad fact, I live in Australia for more than 20 years now but this was the first time I’ve been to the Great Ocean Road. What took me this long, I don’t exactly know. I guess, I’m more interested to see far flung places rather than exploring my own backyard. 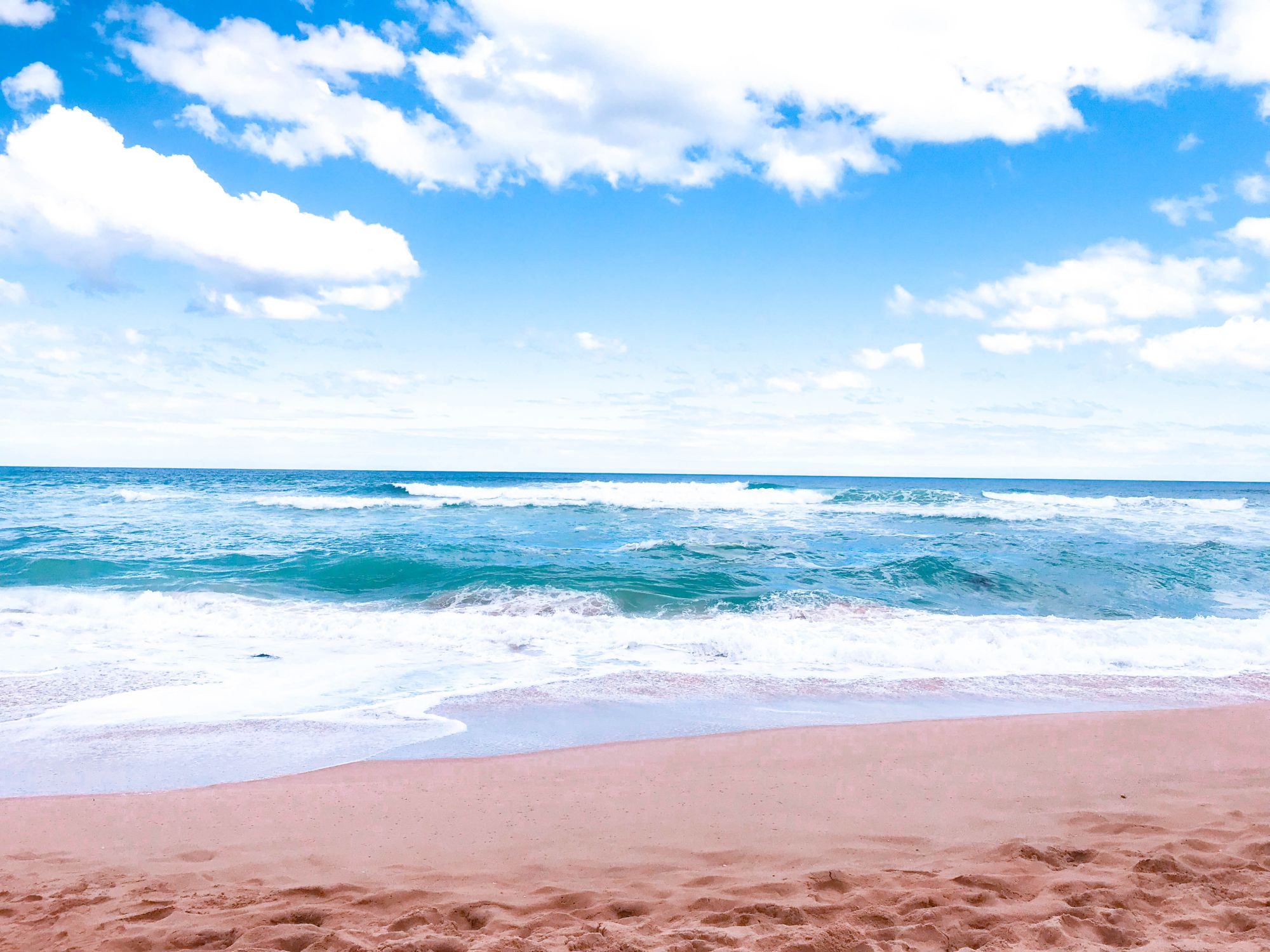 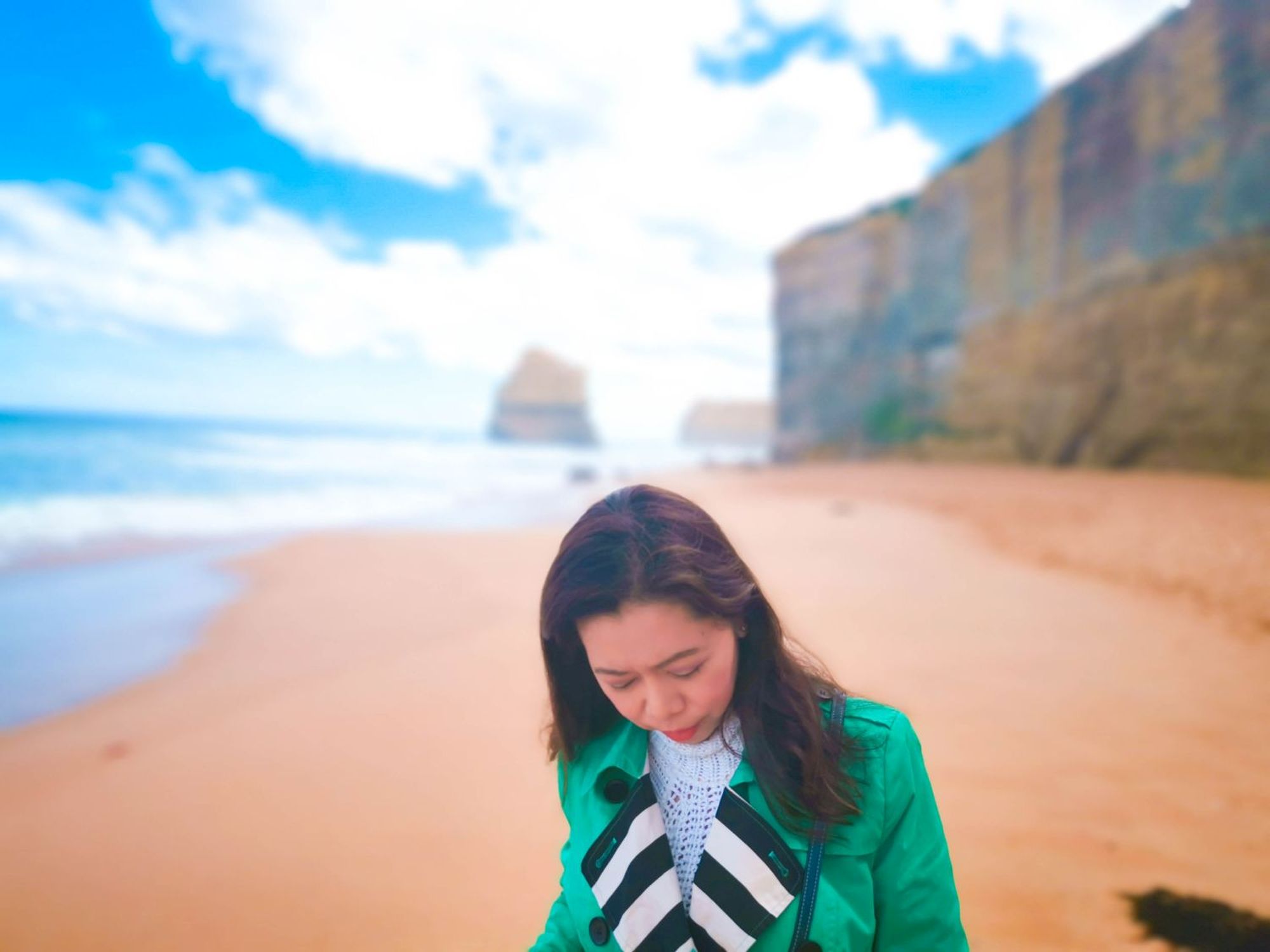 Having mentioned that, the Great Ocean Road is not really close to my home as it’s a 12-hour drive from Sydney but we chose to fly to Melbourne instead then drove for 2 hours to Aireys Inlet on our first night. The next day we packed our bags and headed to Port Campbell to see the main attractions of the GOR. After settling in at Sea Foam Villas we started rolling again to the first mighty sight and that was the Gibson Steps. 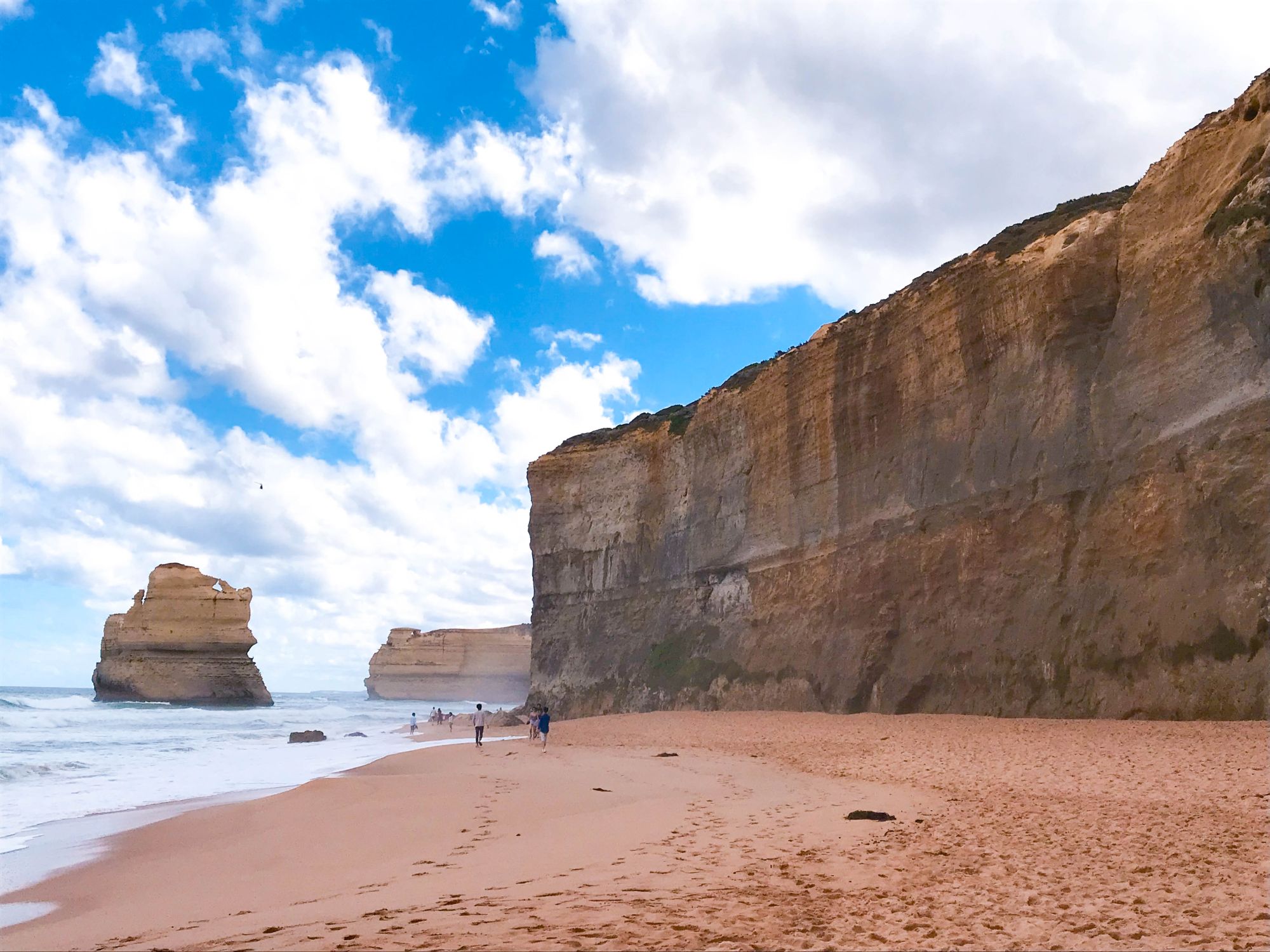 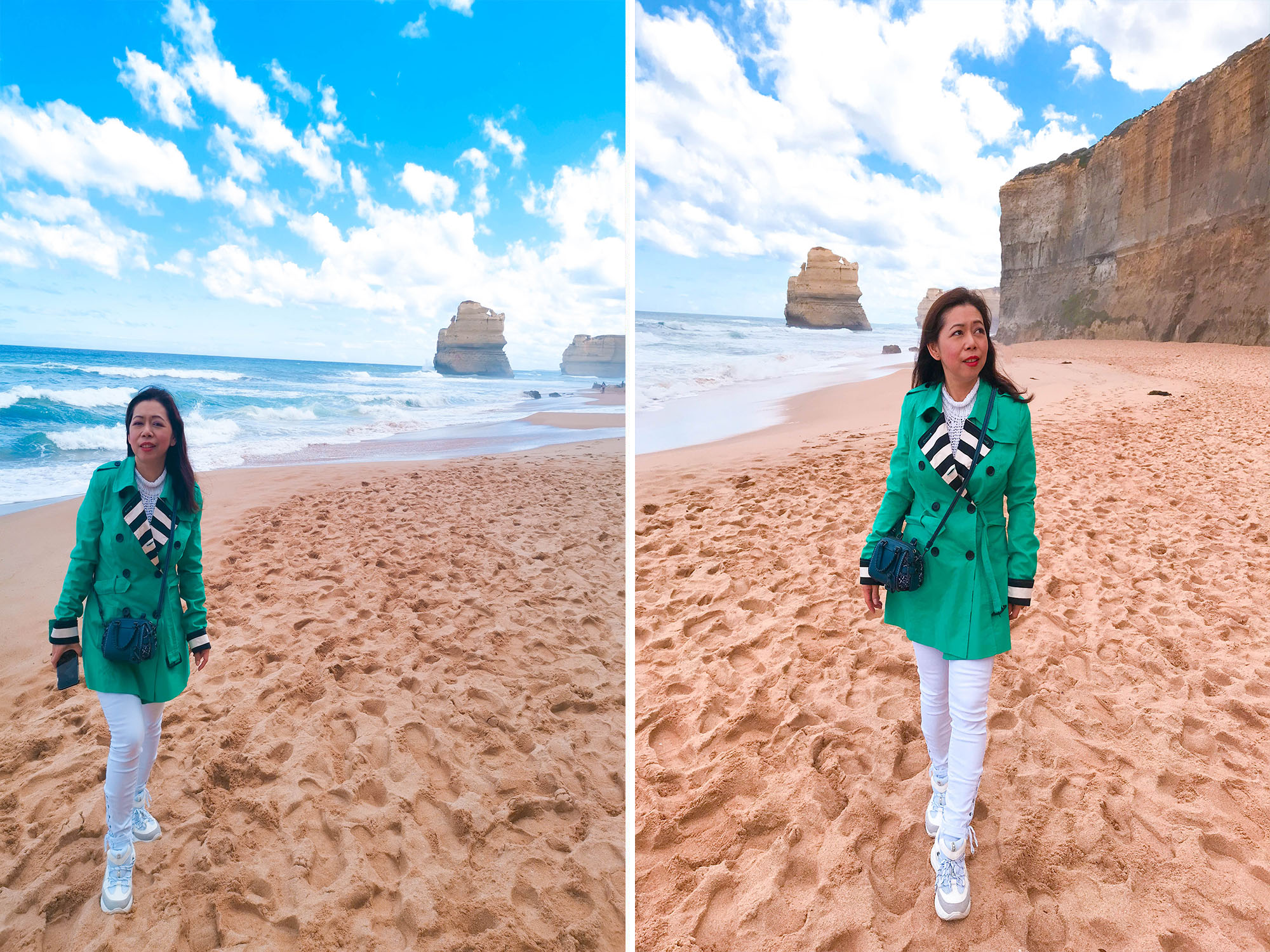 The Gibson Steps were an area of cliffs and the first sightseeing stop-off in Port Campbell National Park for travellers heading west along the GOR. On moderate weather, you can make your way down to the beach via the 86 steps that were carved into the cliff. The water was wild but enjoyable to watch. We were concerned for our little one as he wanted to run towards the sea as he was used to when we go swimming in the beach, lucky the big brother was very protective 🙂 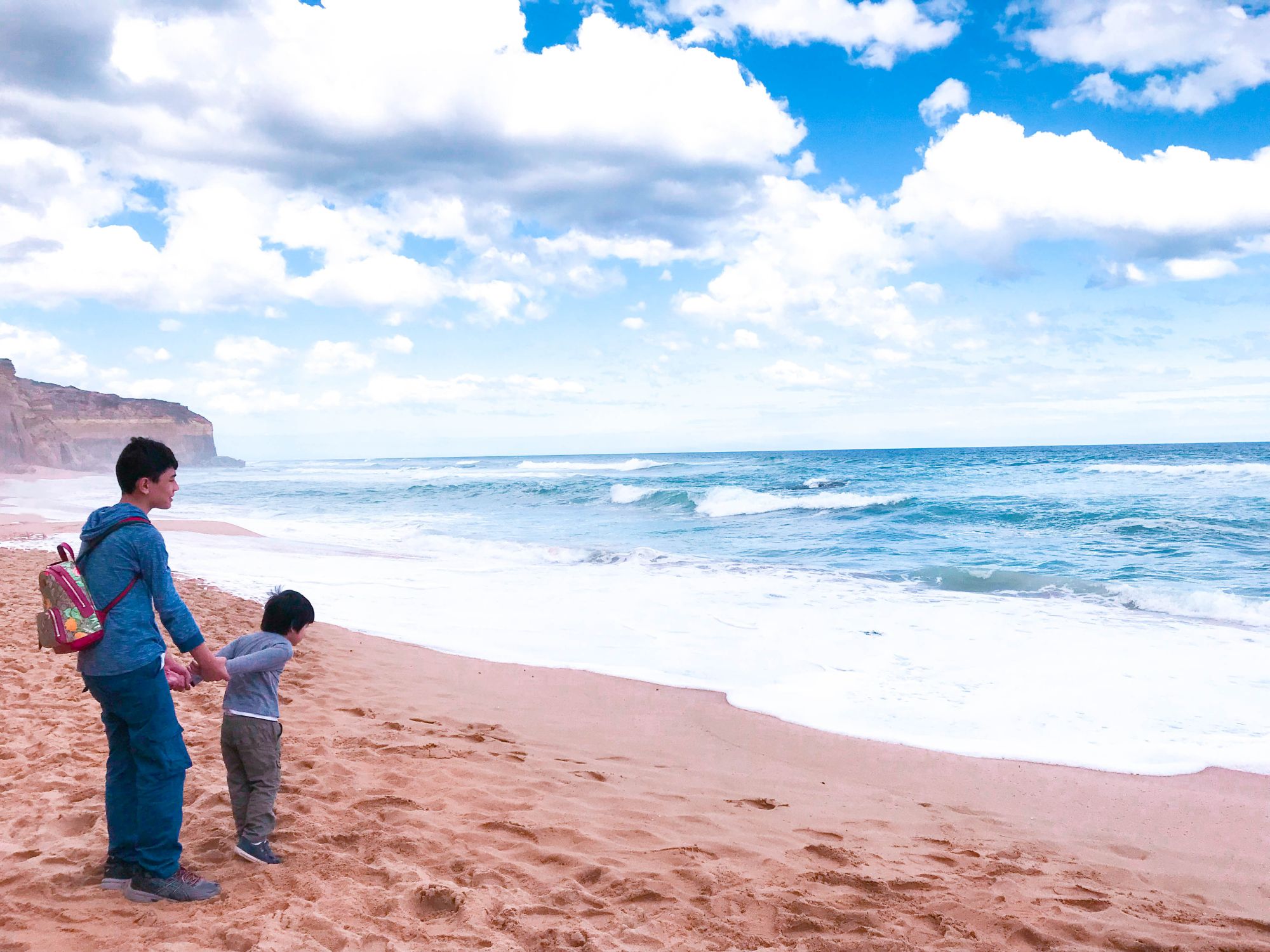 Next stop was the Razorback which had the most amazing rock formation that I’ve seen. It can be viewed from the 2 viewing platforms and it didn’t have any steps going down unlike the Gibson Steps. It was only accidental to find this area as I was meant to go to the Loch Ard Gorge. But I turned left instead of right (me and my silly mistakes) and ended up in The Razorback. 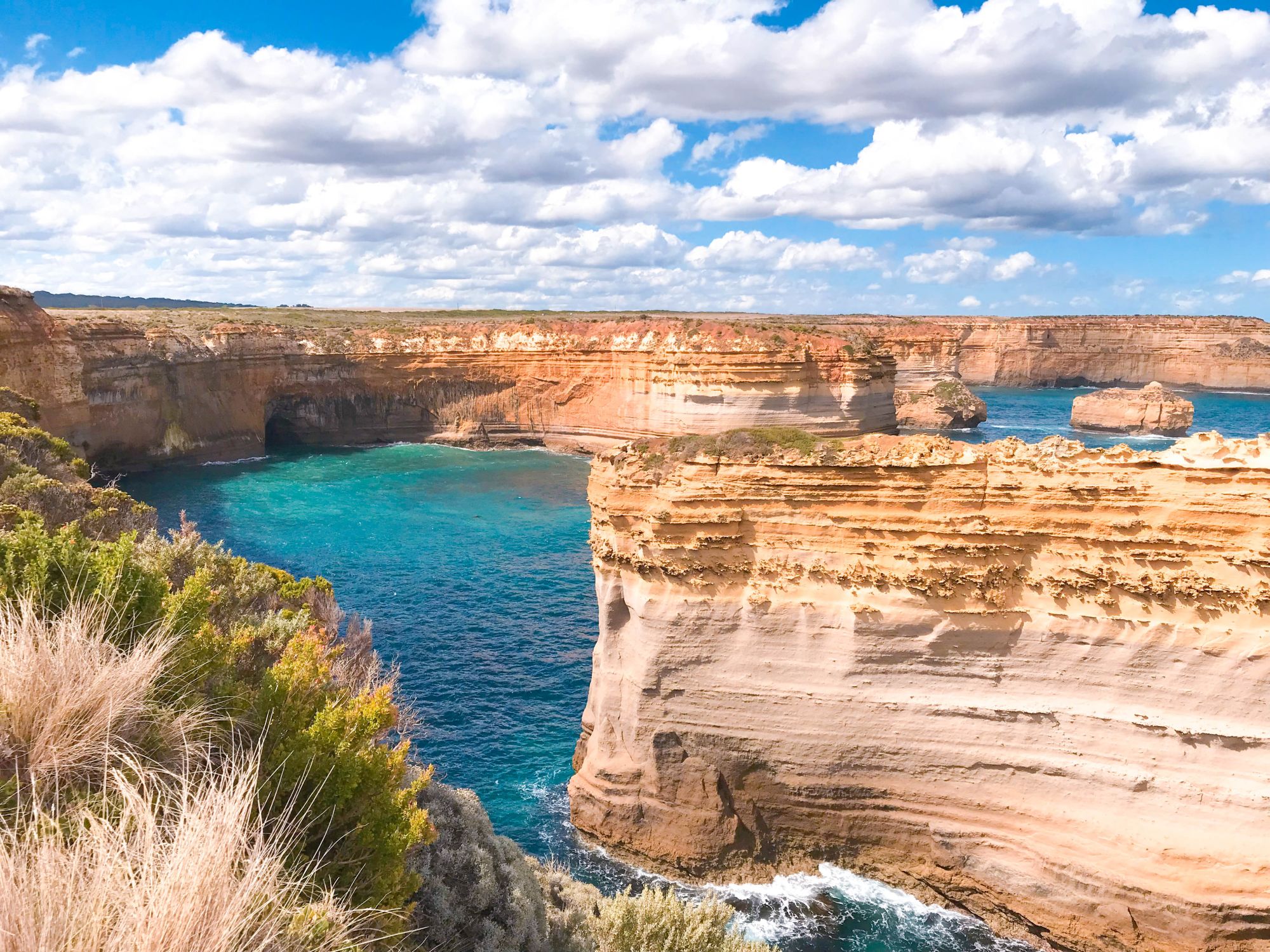 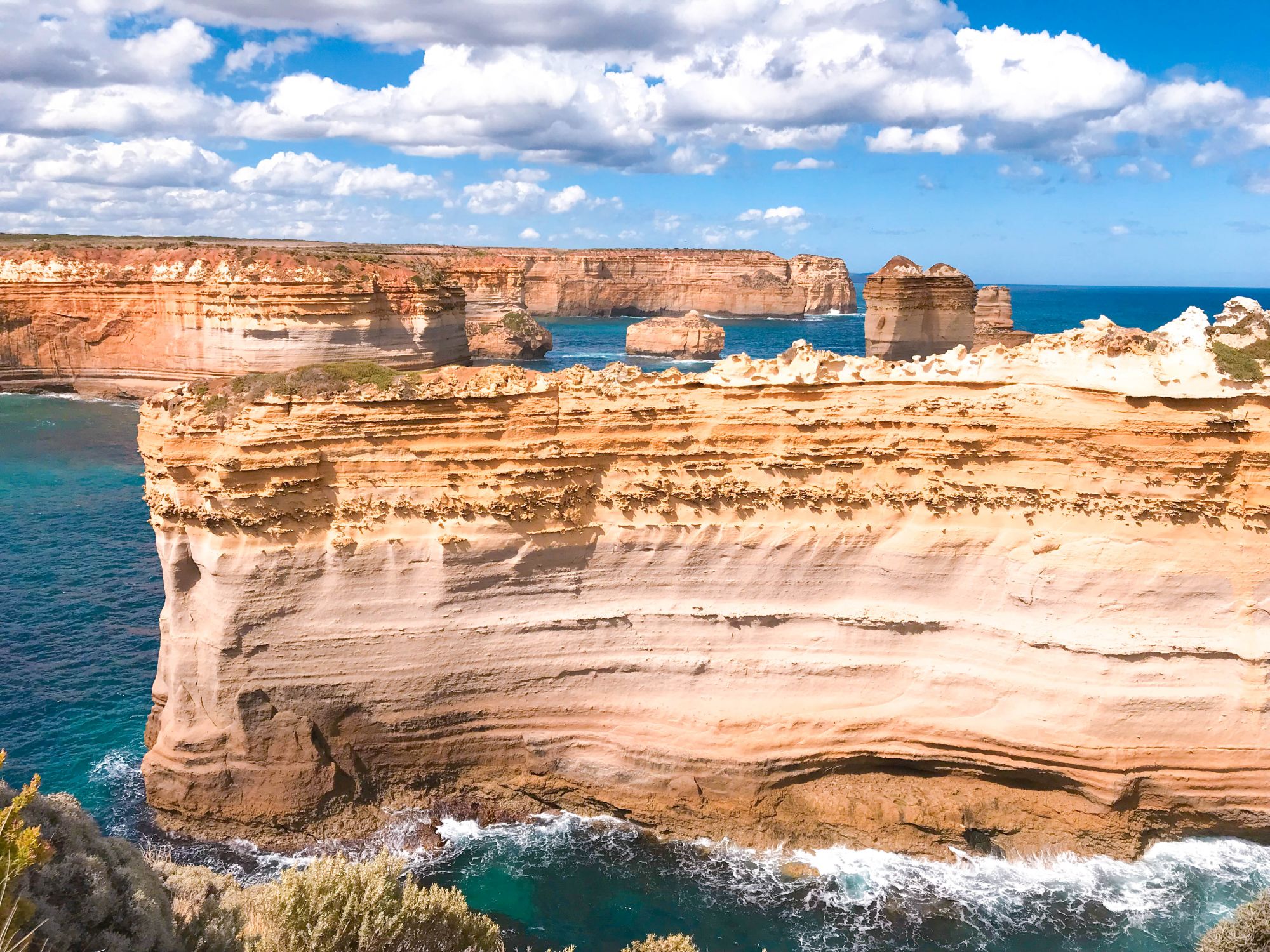 You know the feeling when you see something for the first time that is truly remarkable, that’s exactly how I felt when I saw Razorback. I wasn’t even aware about it, it’s not a popular attraction along the GOR. But it was jaw dropping that I was really happy I discovered it by accident. 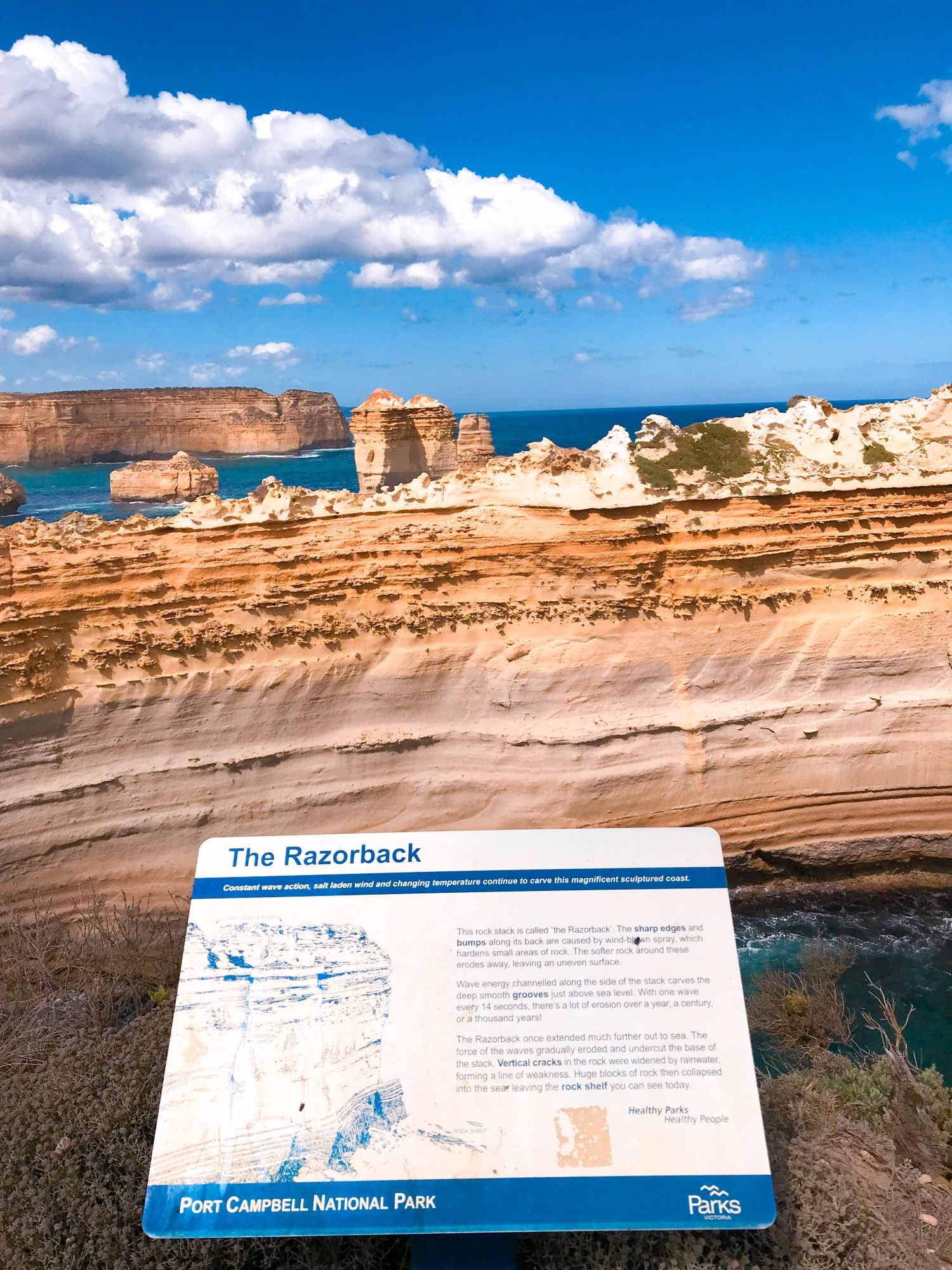 The Island Arch (below) was right in the middle of The Razorback and Loch Ard Gorge. After the Gibsons Steps, I was the only one exploring these sites as the boys got tired and stayed in the car waiting for me with my exploration. 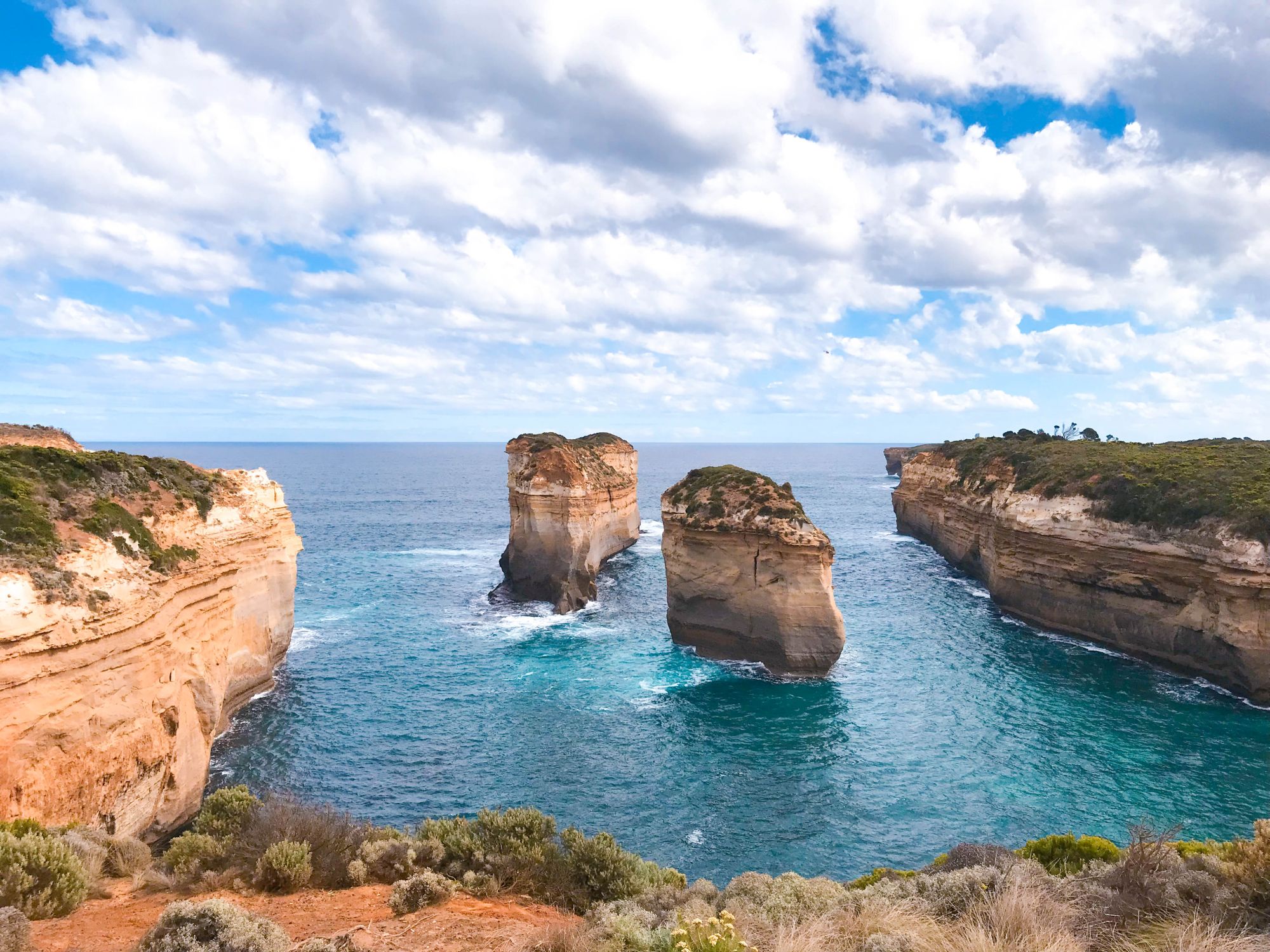 And this was the reason why I wanted to travel to the Great Ocean Road and it was to see the Loch Ard Gorge in all its splendor. These mighty rocks took my breath away, you have to go down the 80 steps to see its full beauty. The water in this area is calm because of the 2 rocks almost closing in together. It would be a delight to dip here on summer but because I was only viewing and passing by on a cold season I wore jeans, a trench and sneakers. I was lucky it was a sunny day and the blue sky was emerging, it did contribute to a great photography. 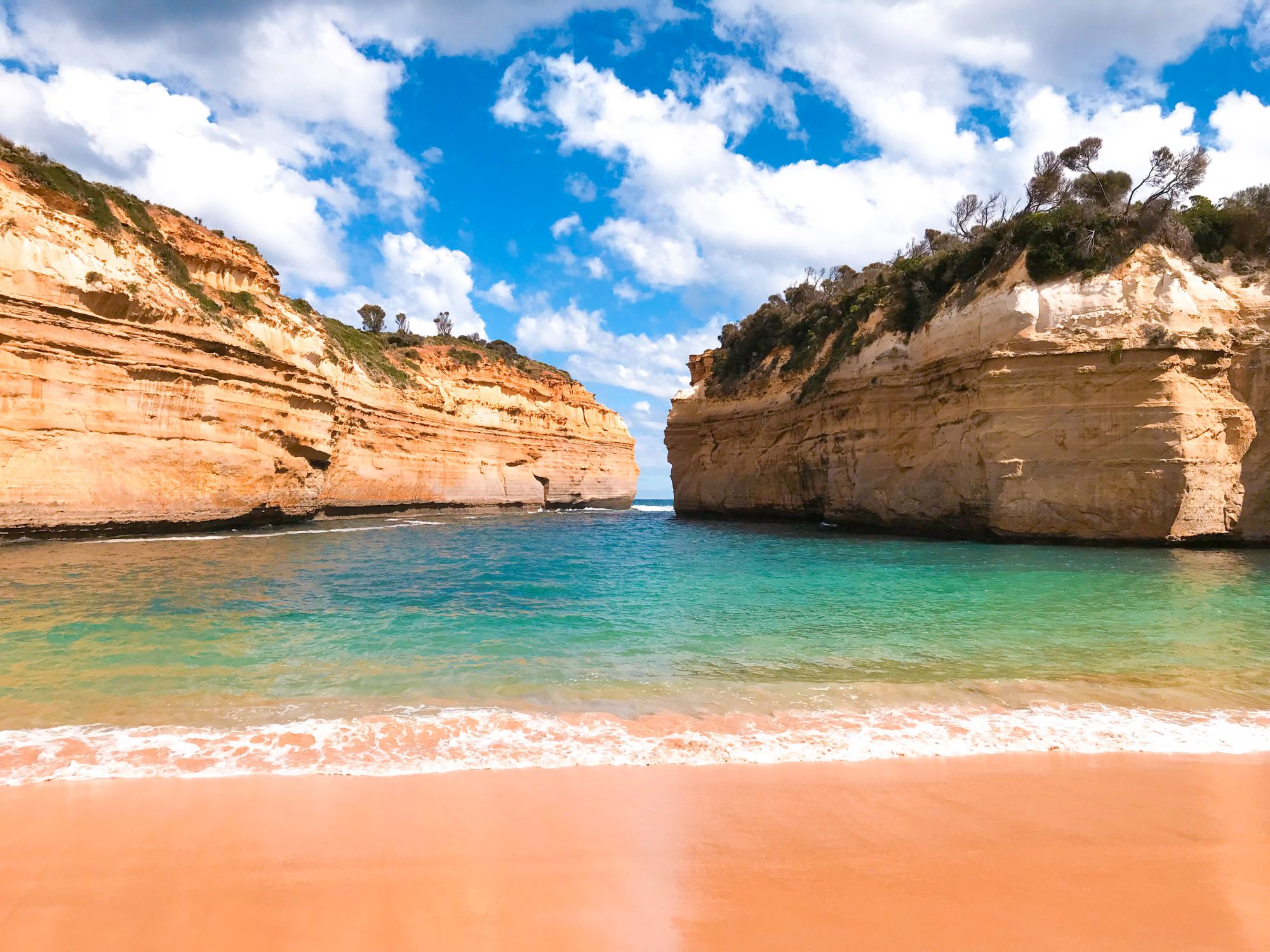 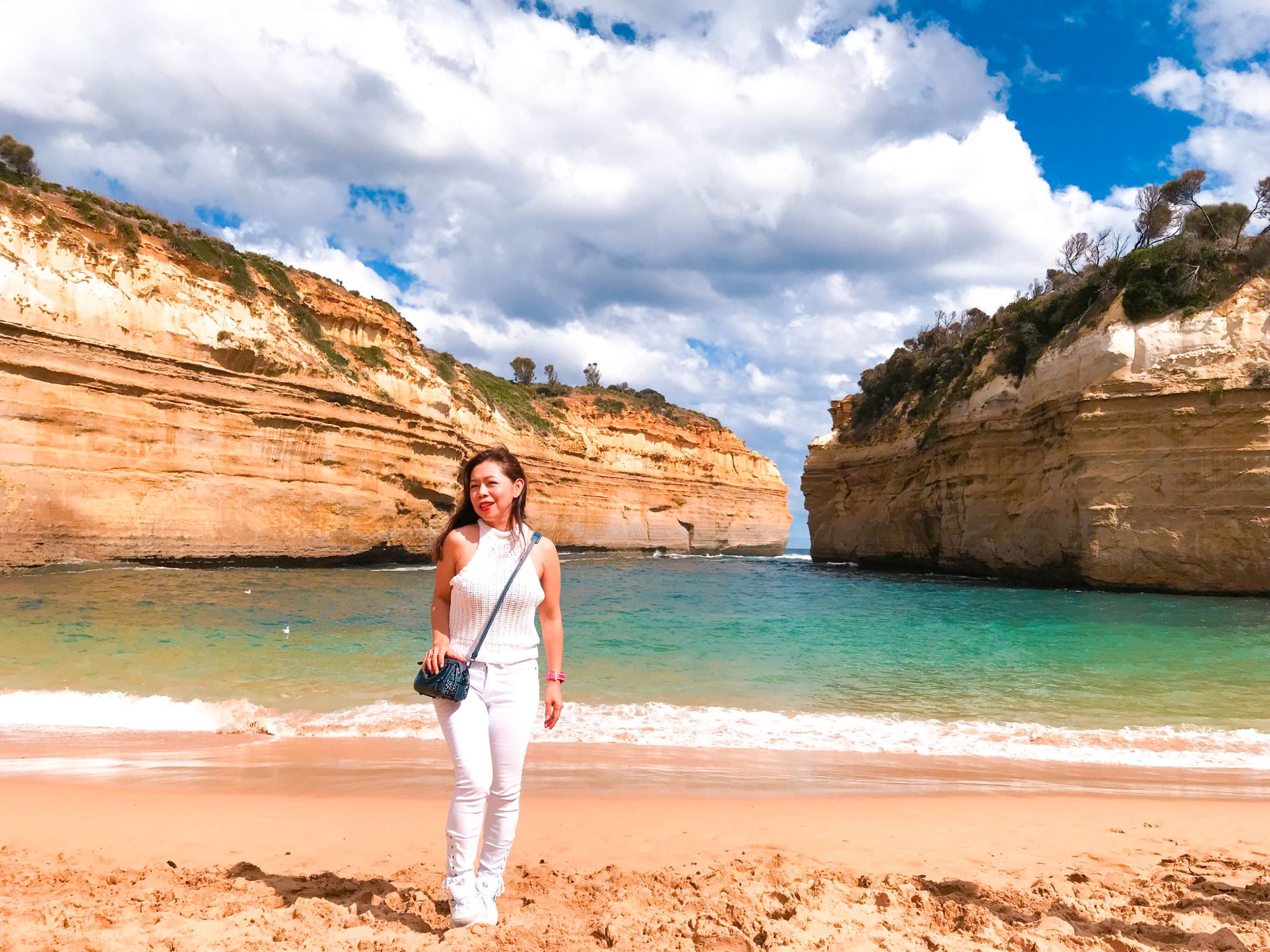 It can get busy with tourists but just be patient to be able to snap a nice photo that make it seems like you’re the only one there. Adjacent to the gorge was a little cave with stalactites.

Have I convinced you enough to see this part of Australia? Come back to my blog for my next adventure of the Great Ocean Road. 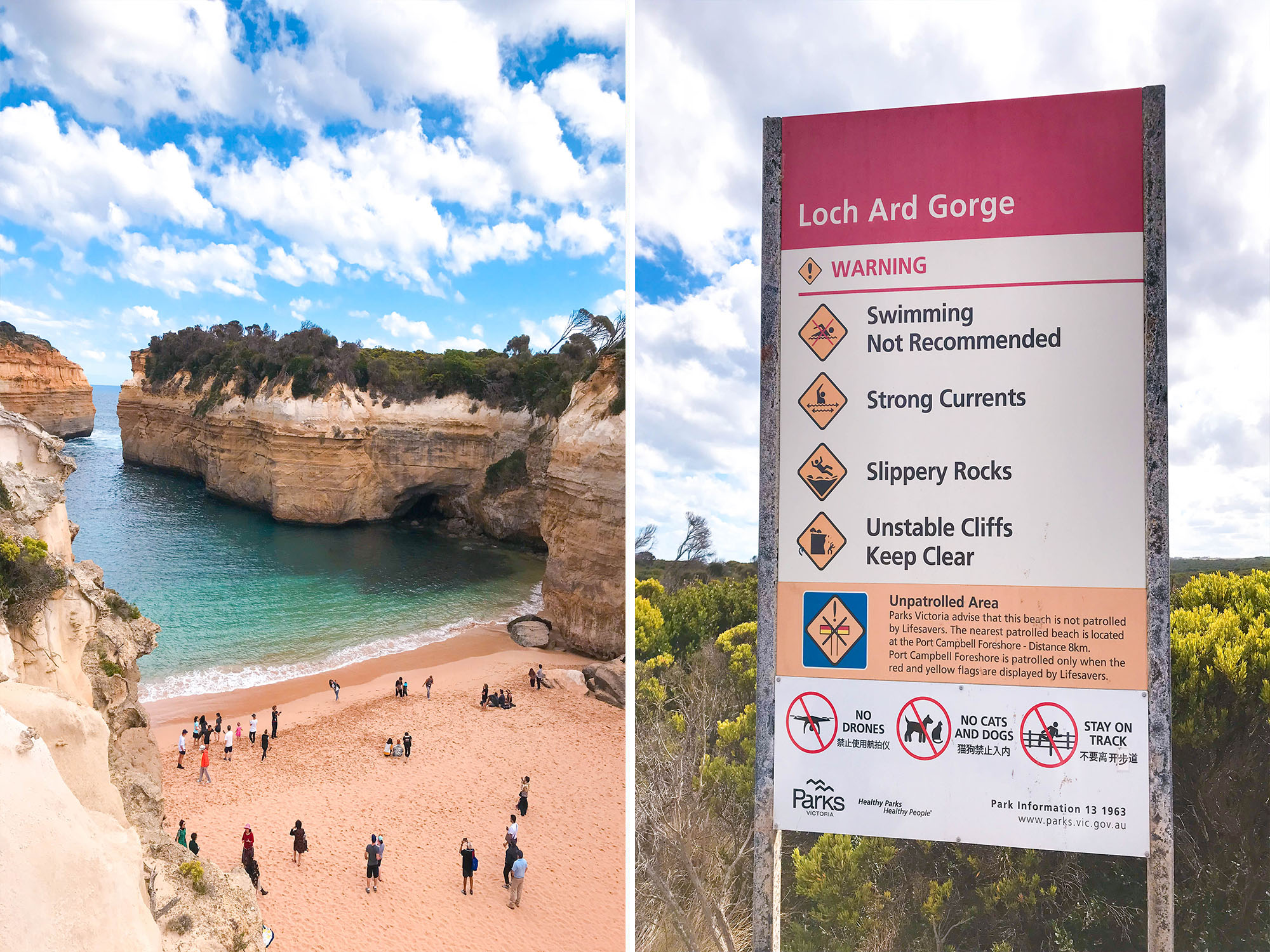 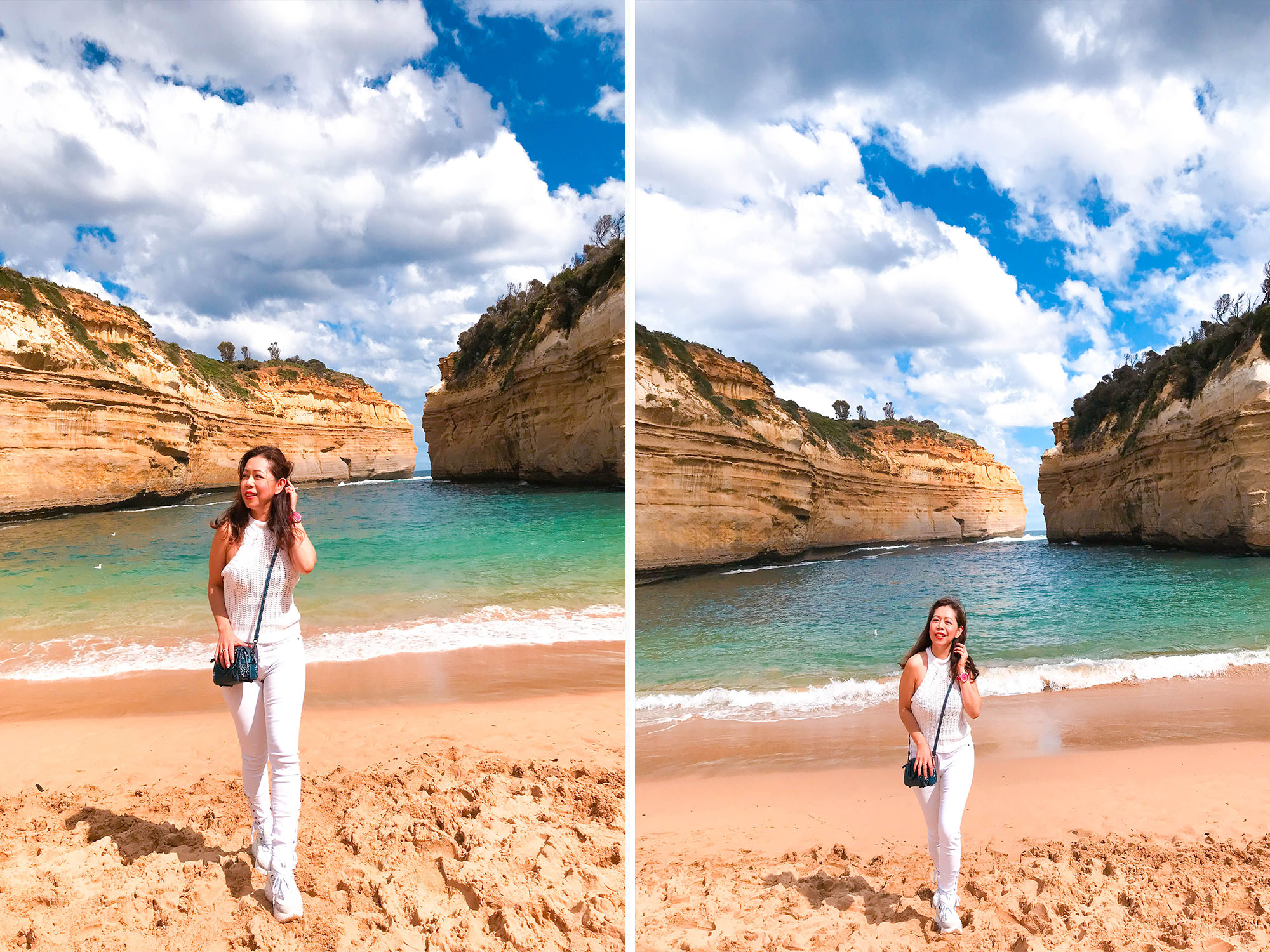 The Towns in the Great Ocean Road

The Attractions of the Great Ocean Road – Part 2