I’ve always wanted to visit sunflower farms, it’s just too bad that the closest one from Sydney is 3 hrs away. Driving that far wouldn’t have been a problem if we can stay in a hotel for the night but it is not a touristy spot so we have to go back home which is not an option for hubby.

So I’ve been dreaming I’m in the middle of these yellow flowers buzzing like the bees and I never thought I’d have to fly to Richmond, British Columbia to see my first sunflower farm. It seems like it’s been a long time when I was there though it was only in September. Many things have happened since then and there are many contents that I’ve already accumulated to put up in this blog. 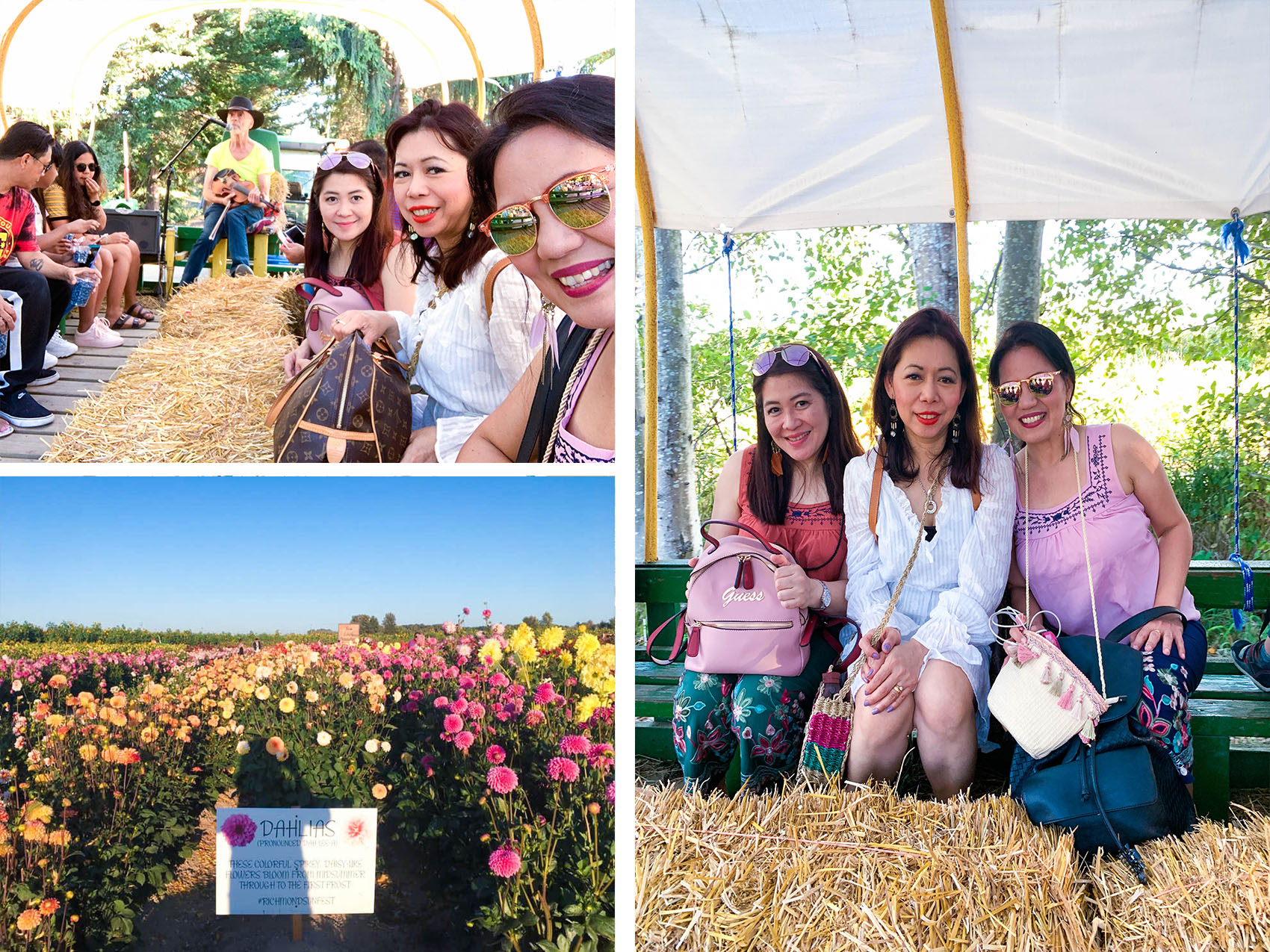 My friends and I flew from Edmonton to Richmond for the last league of our Canadian adventure just right on time for the Richmond Sunflower festival. And how lucky were we that the friend who picked us up in the airport also planned to take us right on that day we landed. My travel buddies don’t believe in resting, I know, right?

The farm was huge that we had to hop on a truck with haystack and took us to the sunflowers. It turned out that dahlias were also in season and there’s a wide variety growing. It was indeed a marvelous photo opportunity. The sunflowers came in different varieties, shapes and sizes too. It was a maze to go through 6-feet high plants and making sure the bees were not following.

Other highlights at the festival included a beer and wine garden, blueberry picking, performances and yard games. At the end of it all, we can pick up to 2 fresh corn each, like it’s our reward for completing a race.

After picking up our corn, our gracious host took us to Steveston Fisherman’s Wharf. I swear, this place reminded me of San Francisco’s Pier 39, the vibe was exactly the same. Although this time, it was more relaxing for me as I was with my friends compared to I was with my boys in Pier 39 haha.

We were treated to ice cream and a good dose of golden hour photo opportunity. That was exactly what we needed after our long day from Alberta to BC which had another time zone, whew!

My outfit was a case of ‘To belt or not to belt?’. I didn’t have the chance to change clothes but the magic of belting actually works sometimes. All I had to change was my bag. The white bohemian dress was versatile and worked both ways, I think! 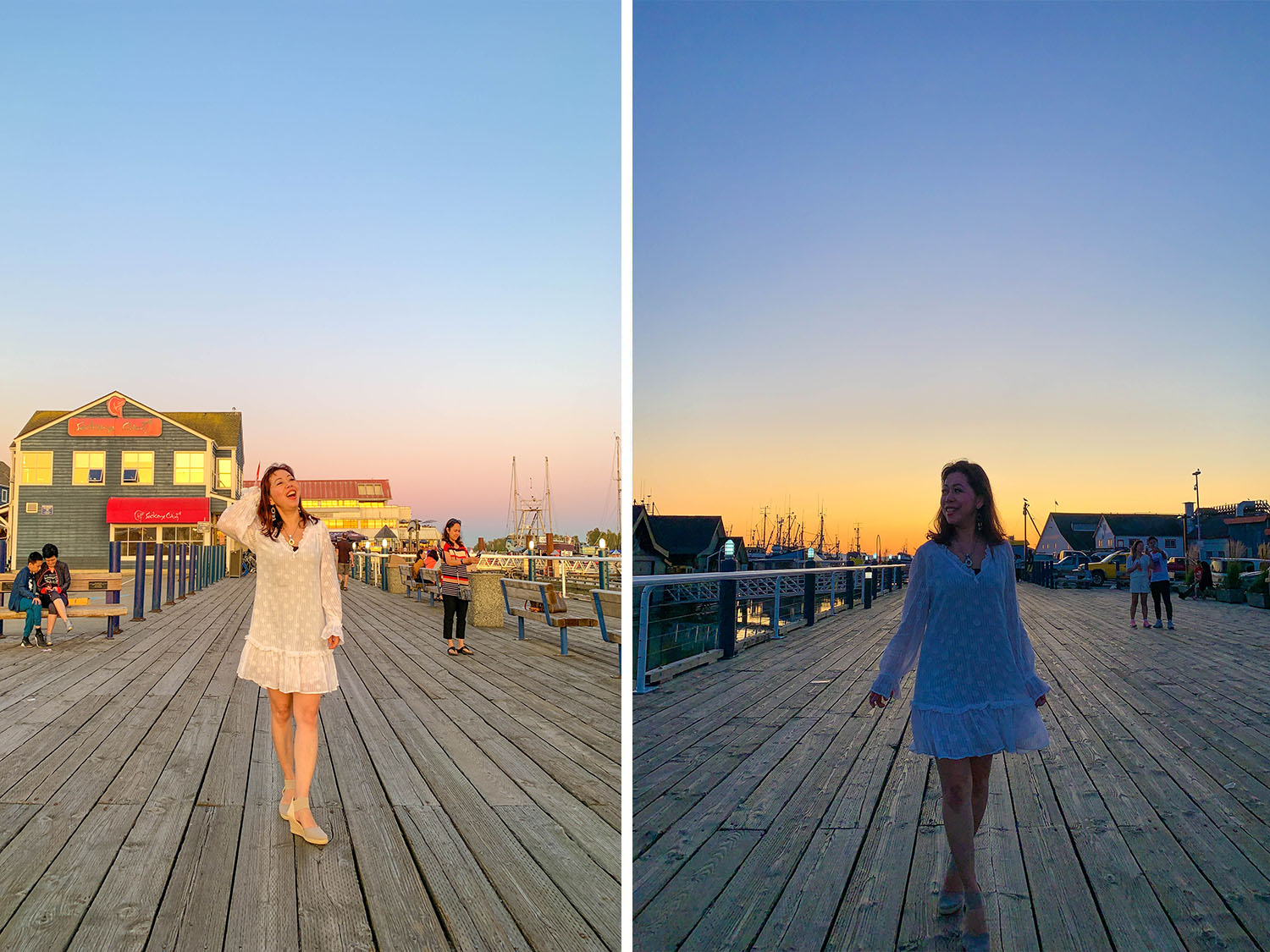 So which one looks better though, belted or not? 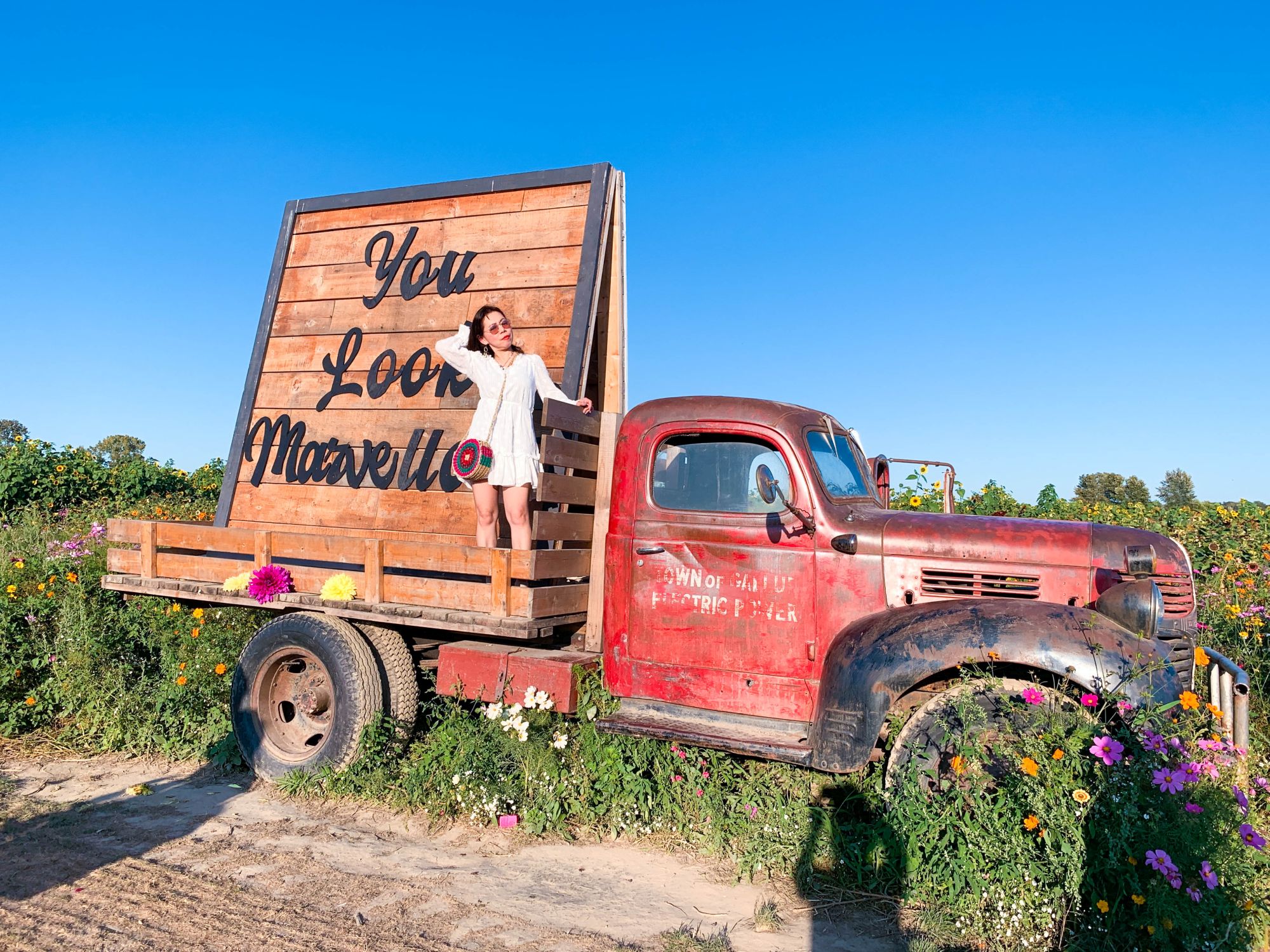 The most Beautiful Lake and Town of Banff

Fun Things to do in Lake Louise

Best View of the Canadian Rockies